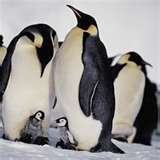 I'm still not back to 100% (not really even 75%) so I vegged out in front of the television last night after the kids were asleep. I am starting to get into Planet Green TV, and watched a few episodes of Stuff Happens with Bill Nye (The Science Guy of my childhood).

I learned something I didn't know before. Maybe you did - that large scale hog farming is fueling the collapse of anchovy fisheries off the coast of Peru. Apparently, anchovies are considered a cheap and plentiful source of protein for pig food, so Peruvian anchovy fishermen (fisherpersons?) are netting them by the ton and shipping them off to Kansas or wherever pigs are intensively farmed. It is estimated that by the year 2050 there will be no more anchovies. Bad enough that we will soon have no more anchovies for pizza toppings and Caesar salad dressing - but penguins are on the brink of starvation because all their anchovies are being shipped to the hog troughs of the American Midwest. Not that I'm eating tons of factory farmed pork or bacon, but...that's just crazy. American pork consumption = starving Antarctic penguins? Crazy.
This reminded me of the True Price exercise that my friend Zoe Weil did during her MOGO talk at the Oasis Cafe here in Long Valley this past week. When we try to examine the true cost of the things we buy and use to ourselves, the environment, other people, and non-human animals, there are a lot of questions that we can never really answer. Was the shirt we're wearing today (for example) made by workers who were paid and treated fairly? Was the cotton grown sustainably? Did animals lose their homes so that land could be cleared to grow it? Is the dye used to color it toxic? Who knows?
Zoe's answer is to simply educate ourselves and bring our inquiry to bear when we make decisions. I agree, but I find that the more I bring my inquiry to the table, the more I find that there aren't a lot of great choices out there, or maybe it just takes a lot of work to identify them. I feel like it's always a compromise. Like the hog/anchovy thing - how could you ever know something like that? How could that ever even cross your mind? In a world as complex as ours, how can you ever really, truly grasp the full range of the consequences to the things you do? It's a little overwhelming, if you ask me.
I will be starting a Healthy Child, Healthy Planet study group at my house this week, and one of the readings in the first section is about a family who chose to not buy anything for one year, except consumables (like food and shampoo). The author even reused vacuum bags, opening them when they were full, emptying them, and stapling them closed again. I'm starting to think that isn't such a bad idea. It takes a lot of the guesswork out of MOGO, you know?
Posted by Kelly Coyle DiNorcia at 1:19 PM